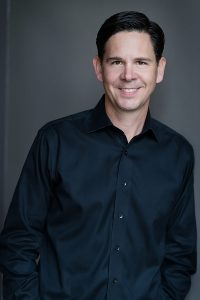 Scott Carty is an Entertainment and Lifestyle Correspondent, seen on The Daily Buzz (120+ million households) and in Seattle on KOMO TV (ABC). Scott can also be heard on KOMO Newsradio in Seattle, in addition to his digital presence across social media and YouTube that’s branded as The Scott Carty Party.

Scott is a voting member of the Broadcast Film Critics Association (BFCA) and he is a Voice Actor heard on numerous voiceover projects for radio and TV commercials, interactive media, and computer gaming.

He serves on the Seattle Children’s Hospital Purchase a Miracle Executive Advisory Committee and volunteers with Forefront to promote suicide prevention.