The magic of Walt Disney Pictures is bringing Poppins back! Production is now underway in the U.K. for MARY POPPINS RETURNS, starring two of my favorite stars on the planet: Emily Blunt and Lin Manuel Miranda. The sequel to the 1964 Disney classic is set to be a Christmas movie treat, in theaters on December 25, 2018. 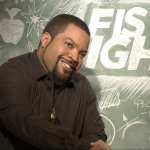