Originally written and posted on October 11, 2013

Many of my closest friends might be surprised with what I’m about to share. It’s not something I talk about, because it’s not the happiest story to bring up in a good conversation. It’s kind of a buzz kill. However, I’m also not afraid or ashamed to talk about it. As time goes by, as I look in my children’s eyes, as I cherish my opportunity to make a difference in this world, I find I actually want to talk about it more. So here it goes.
Today—yes, in 2013—I learned that October 11th is National Coming Out Day. Apparently it has been since 1987. Now, because Coming Out has never been something I’ve needed to do as a very confident heterosexual man, this special day hasn’t been on my calendar. But it is a special day for many people I respect, appreciate and love.
Since the end of June this year, when the U.S. Supreme Court struck down the Defense of Marriage Act, I have been thinking a lot about someone very special in my life. I’d been immersed in “The Heist” by Macklemore and Ryan Lewis, especially the song “Same Love” with Mary Lambert. I went to San Francisco that same weekend for movie interviews and saw a city openly ready to celebrate Pride.
I found myself thinking a lot about that someone special.
My sister. Debra Carty. Born November 30, 1959. Died October 11, 1980.
I was 9 years-old the day Debbie died, the same age my daughter is now. A 4th grader, mostly concerned about myself with a great big life ahead of me.
We were down the hill from our Whidbey Island home for dinner at the Wygant’s house. It was always a blast when our two families were together and that night was keeping the tradition alive. Until the phone rang and the call was for my Dad.  I remember a hush came across the whole house full of kids. I remember the blank look on my Dad’s face. And I will never forget the moment when my parents took my brother Shawn and I into the bedroom and my Mom explained that Debbie had committed suicide.
Mom’s gentler attempt of telling her 4th and 5th grader that their sister “had died” was, of course, met with the question of “How?” Fortunately, my Mom had the courage to be honest and direct with us, teaching me one of many great lessons.
But it wasn’t until the early 1990s when I found out the answer to a question I struggled with for over 10 years: “Why did my sister commit suicide?”
My Mom—clearly not afraid to give me honest answers—gave me the saddest answer of all. She revealed to me that my sister was gay and that she had become very depressed about her struggles and recent heartbreak.
It was something my Dad never could talk about with me. I know it was a terribly painful experience for him.
I vividly remember the day when I returned to school, following the funeral for Debbie, and made my way into the 4th grade portable for Mrs. Moore’s class. Betty Moore was my teacher–a dynamic individual with a big voice, an infectious cackle and a reputation of being tough. But those who got to know her found out she was a woman with an incredible sense of humor and a heart of gold. She called me over to her desk, gave me a great big hug and looked me straight in the eyes so I would hear her very clearly say, “If you want to talk about anything, anything at all, I am here for you.” I felt completely safe.
I wish Debbie would have felt that safe. I wish she could be here to be part of a more open and accepting society. I wish she was here for my kids.
The final moment I had with Debbie was the night before she died. She had come up to Whidbey Island from North Seattle Community College and we were by the apple trees on our family farm, kicking a soccer ball around. She was smiling, I was smiling and we were having a great time. She said, “Well, it’s time for me to get going” and told me to give her a hug. Being a 9 year-old boy, the last thing I would want to do is give my 20 year-old sister a hug, right? So I did my shy, embarrassed attempt to shrug off the request. Unfortunately, it worked. Debbie left without a hug from me.
In the 33 years since my sister ended her life, there has been great progress in accepting others for who they are. There’s still plenty of room for improvement, though, and I hope the story I’ve shared gives us all one more reason to be better. 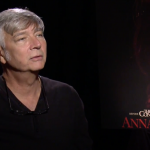 John Leonetti | Annabelle | Behind The Scenes with Scott Carty 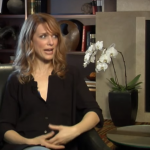