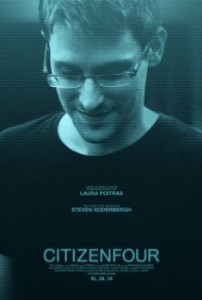 If you think you already know the entire story of Edward Snowden and his leak of National Security Agency efforts to invade your privacy, I challenge you to think again. You may know the facts of the Edward Snowden story, but you haven’t seen how all of that information came to life. And that’s why you need to see CITIZENFOUR. Through the lens of Laura Poitras’ camera, you see a vulnerable, paranoid and determined Snowden, sitting on a bed in a Hong Kong hotel room, matter-of-factly revealing bombshell information to journalist Glenn Greenwald. It’s a meeting arranged through a series of encrypted emails from Citizenfour (Snowden) and Poitras—emails brought to life through black and white text on the big screen. As I screened the documentary, I went from asking, “if you have nothing to hide, then what’s the problem?” to boiling inside with a feeling of “what the Hell??” I saw the intent for a tool to thwart terrorist attacks turn into widespread data mining on every move you and I make. I went from not really caring, because there’s really not much I can do about it, to being plain old pissed off. We’ve all seen Snowden’s story spun several different ways through the Media, but this is the first time you get to go behind the scenes of that first historic interview that swept across TV screens and alerted us all. I suggest a cynical approach going in, but an open mind the moment the lights go down. CITIZENFOUR is Rated R. 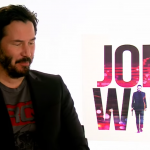