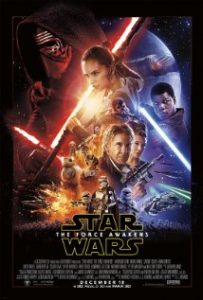 Now before you get all bent out of shape and try to dismiss anything else that I write in this review because you’re seething in a confused state of “How could he? How could he possibly fall asleep?” please take a slow, deep breath. Feel The Force or something. Hear me out.

And know that I absolutely will not reveal any spoilers in the rest of this column. You’ll only read widely published facts (characters, actors, etc.) and observations of my experience while attending a screening.

When the original Star Wars came out, my father took me to see it at my hometown theater in Langley, Washington, on Whidbey Island. The Clyde Theatre is still standing and flickering dreams upon the screen. It’s a beautiful place.

As I sat about halfway back on the right side of the theater, sipping a small Coke without ice (that’s how they served it there) and crunching popcorn in a red velour seat with broken springs, I heard a rumble to my side. This was before surround sound, so I should have only been hearing audio from straight in front of me.

Was it the heavy breathing of Darth Vader?

Was it the roar of a ship at light speed?

My dad was snoring.

And I was mortified.

Fast-forward to 2015 and a secret screening for local Press to see Star Wars: The Force Awakens. I am excited to finally see what so many of us have been wondering about. I’m also thinking about my dad, who passed away in 2009, and wishing we could share a laugh about that Clyde Theater moment.

After getting my seat, I head out to the concessions stand to do something I never do anymore. I order a real Coke, not diet. And I get popcorn, with butter. After all, this is an event! This is a celebration!

As I go back into the theater of eager Critics, Reporters, Bloggers, Podcasters and Security personnel who had to wand me with a metal detector, yet again, I felt energy in the room. It felt like we were all there for a mandatory meeting and at any moment a big new corporate boss was going to walk in to introduce us to our new future with the company. Was it going to be a good meeting or was it going to be a dismal day with layoffs? There was tension because of the unknown; anticipation for what we’ve imagined; and an abundance of the curiosity that makes us Critics tick.

The lights in the theater dimmed. The yellow text starts to scroll on the screen. And I’m back in 1977, feeling like an old friend just walked into the room.

Star Wars: The Force Awakens feels good. It respects its predecessors and brings a fresh approach for today. It is comfortable, but invigorating. And it is clearly building for the franchise to continue.

At the one hour mark into our 2 hour and 15 minute journey, I do have to admit that my eyes got heavy and I very briefly slipped into another galaxy of a tiny little nap, for just a couple of minutes. It was bound to happen after a long night of editing video the night before. And it’s by no means a reflection of the film. I was just tired and I knew this wouldn’t be the last time I’d watch this movie.

I have never been a serious Star Wars fan. I certainly appreciate the storylines that have developed the incredible fan base and I am entertained by the franchise – especially now that my son has seen every one of the previous films and he can’t wait for this one.

And that brings me to what’s really great about Star Wars: The Force Awakens. You don’t have to have seen the previous movies to enjoy this one. You can experience this movie, all on its own. Conversely, if you have seen the previous movies and you could potentially beat George Lucas in a Star Wars trivia round, you will also like Star Wars: The Force Awakens.

Kudos to J.J. Abrams and his entire cast and crew. You kept great secrets, you produced a rock-solid movie, you respected your fans and you’ve opened the doors for newcomers.

So, be that dad or mom who takes your kid to see their first Star Wars movie. And may the beginning of new memories be with you. 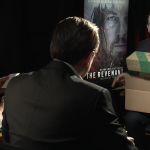