If you’re looking for a jolly good time at the movies, get out for a pint and get to a theater for KINGSMAN: THE SECRET SERVICE. Colin Firth brings his British charm and quick quips to his role with a spy organization. Taron Egerton gets recruited to the agency and goes from street trouble to facing a maniacal tech tycoon played by Samuel L. Jackson. There are bits of Bond throughout as this comic book comes to life with spy toys and secret attacks. It’s surprisingly violent with thrillingly choreographed fight scenes and killing, but it all works within the story. The writing is a ton of fun.

It is rated R for good reason, so don’t drag any youngsters along.

The secret is out. KINGSMAN: THE SECRET SERVICE is a blast. 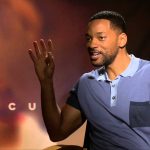